While many amongst us who disapprove of things heard and seen, you'll see threads of hate all over Instagram, Facebook, and Twitter...but when this UM graduate sees something wrong, what does he do?

He makes a Public Stand to Voice it out...and on his Convocation Day!

What a way to grab a huge crowd dude. 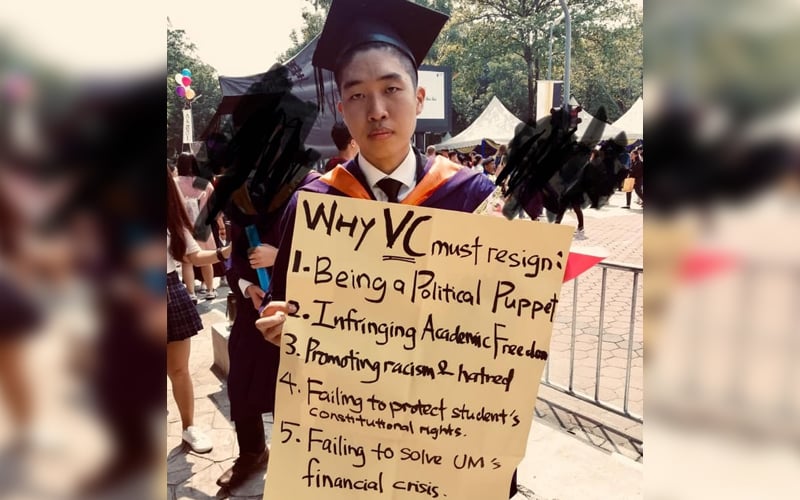 You can read more about it HERE.

Now, usually when someone causes a scene in a University, staff members or the board would step in to put a stop to all the commotion, however...Universiti Malaya Academic Staff Union (PKAUM) had instead stood behind Wong, in his protest against their VC. 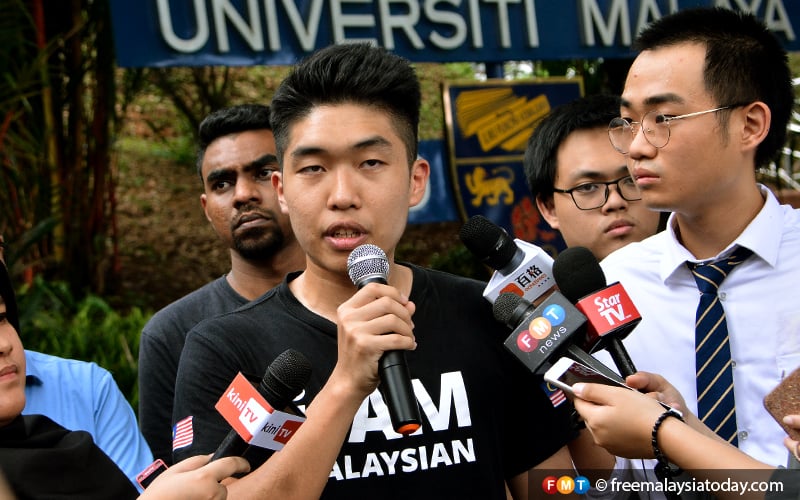 UM's VC Datuk Dr Abdul Rahim Hashim is probably feeling the heat now, with many voices publicly sounding that he failed to promote racial tolerance at the Malay Dignity Congress.

It also doesn't help that many are also calling for his resignation la...no one would ever wanna be in that kinda spotlight LOL.

This kinda bad press pointed at UM has gotten the institute to file a police report against Wong, as they claim that his actions have tarnished the University's image.

Is there really no freedom of speech anymore?

Is it really that wrong to voice out a pretty apparent issue rather than blasting it out all over social media?

Really guys...how would you expect to grow a generation of future leaders with this kinda mentality?