We Now Know Why FINAS CEO wants Netflix to be Censored in Malaysia...

Things are getting pretty heated over the recent news that FINAS CEO, Ahmad Idham Ahmad Nadzri, had called for Netflix to be censored in Malaysia -- stating some kinda crap about how "uncensored content is risky to child development".

Now we wonder if he actually cared for the "safety" of children...or personal interest of his side project.

So the latest "drama" is that a netizen stumbled upon a Facebook post showing Ahmad Idham shaking hands with #TeamAflix, Netflix's competitor, with the caption: 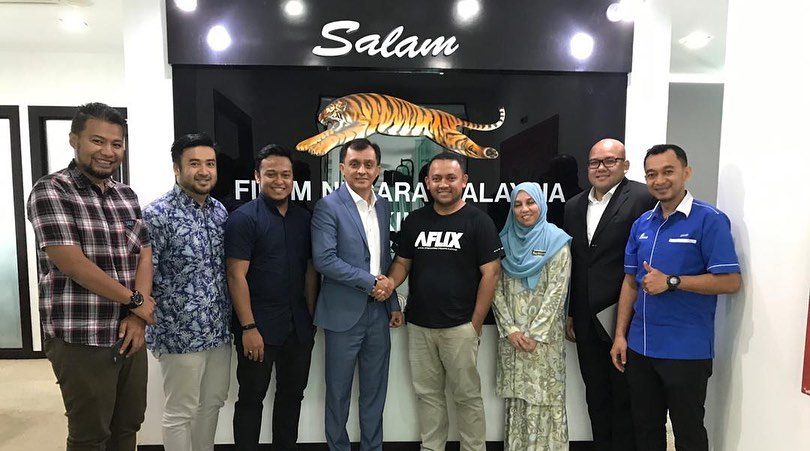 Oh and there's another post from Aflix -- one that would piss off many Netflixers.

"Aflix's mission is to provide an ethical entertainment platform that is suitable for the whole family. And when a government agency such as FINAS Malaysia is willing to endorse our cause, it is an honour. With FINAS onboard, we believe this collaboration will helps promote local content to the world."

FUN FACT: Did you know that 'A' in Aflix stands for Adab? So actually it's called AdabFlix TV...

The objective was for Aflix to be known for good manners and etiquette...

Honestly...it's not like Netflix is only showing p*rn and violent shows man...if kids go hunting for these shows, Netflix can't be blamed right?

Paren't ought to watch over their kids...and the last I checked, Netflix has a Password Lock...(?)

"Wow, suddenly today Aflix TV went viral! I am slightly confused as to why many of my Muslim brothers and sisters are condemning Aflix. A lot of people are upset because the name sounds like Netflix. Why were you all fine back when iflix came up with their name?" says Group CEO and founder of Brainy Bunch Fadzil Hashim.

"Those who are upset over the demand to censor Netflix maybe do not love their children. There is crude language and so many portrayals of the LGBT," he added.

Woah... no one was attacking Aflix.

We were questioning Ahmad Idham...but now that Fadzil Hashim has made such a statement, does this mean war?

It is predicted that Aflix TV will be launched early 2020, so I guess this may be the reason why Ahmad Idham is so insistent on censoring Netflix eh?

There's fear that for as long as Netflix isn't censored, Aflix TV will never make a name for itself...and now, I doubt many would support or even bother with the launch of it next year.