Jo Nemeth has lived without cash for 5 years.

...and No, that doesn't mean she's used EFTPOS and credit cards. 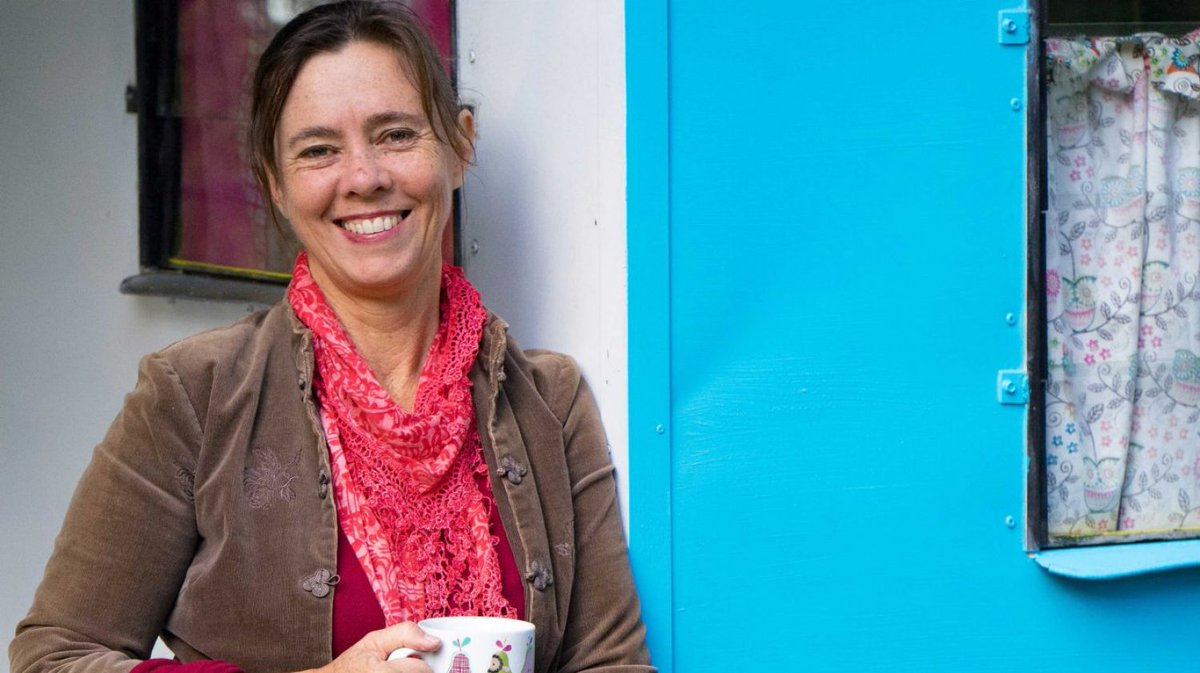 Since quitting her job as a community development officer on the New South Wales North Coast in March 2015, Jo says she has literally not earned or spent any money.

"There's that famous quote: 'Live simply so others can simply live' and that's been my motto," she says.

Jo, who writes about her experiences under the name Jo Low Impact, says she doesn't feel deprived despite not owning a home, and going years without running hot water, new clothes, a mobile phone or a car.

Here, Jo explains and shares her advice for others wanting to live a little more frugally. 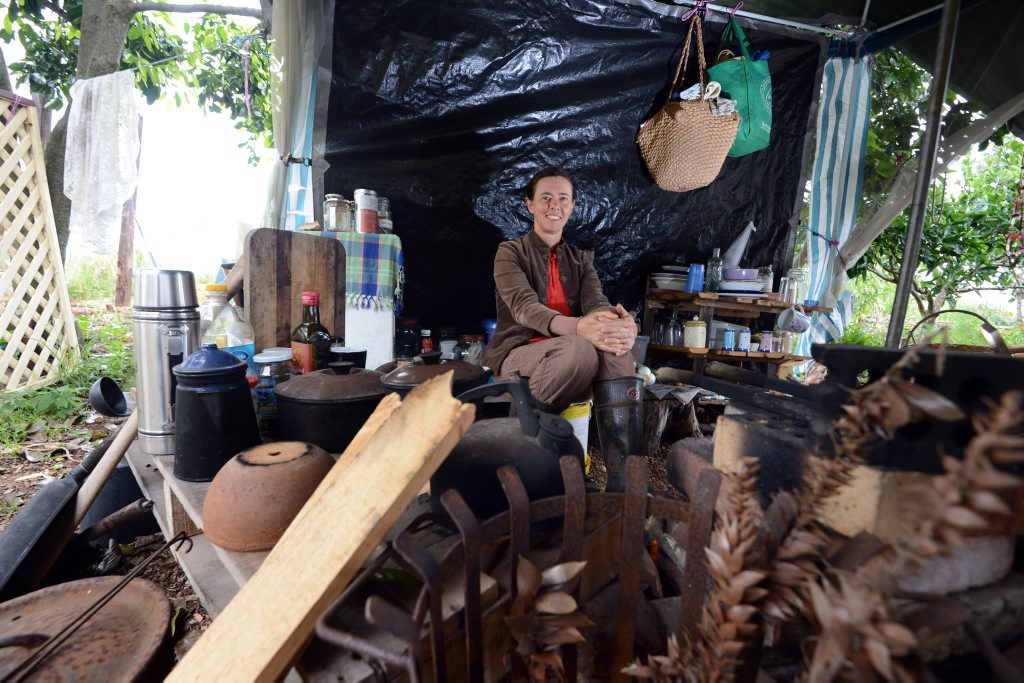 Offer service instead of cash

Jo freely admits she relies on the kindness of others, while offering her services in return for necessities, like shelter.

She spent the first three years of her money-less existence living in a shed on a farm and in people's backyards in exchange for work like property maintenance or childcare.

Two years ago, Jo was invited to move into a 'proper house' with her friend Sharon, whose husband had died.

They named the property Montague House in Sharon's husband's honour, and came up with a goal to be living fossil fuel-free by 2023. "We've created this situation where we both get to have company and help each other out with a shared goal," Jo says.

"Sharon chooses to go to work, and I support her in being the 'homemaker'. Sharon comes home to cooked food, clean clothes, so it's a win-win." Jo recognizes she's lucky to live in a home where only one income is needed, but while this lifestyle is not for everybody, she reckons everyone could try reassessing their wants, needs and means.

"One of the biggest issues is most people don't have someone at home in that homemaker role," she says.

"...but if you're two adults working two jobs like a modern nuclear family, you also have to rely on convenience and buying a lot more things."

"So, having that relationship with someone at home can actually sometimes work better as far as saving resources, saving money and saving the planet."

If giving up your career or sharing a house sounds way too radical, Jo suggests exchanging small things.

She has become an avid sharer and swapper of everything from seeds to kitchen utensils.

"Building community resilience, tapping into people in your neighbourhood, swapping and sharing — that's how I've been able to live without money for five years quite frankly," Jo says.

"We don't practice self-sufficiency, we practice community sufficiency — we can't do everything ourselves so we work with those around us." 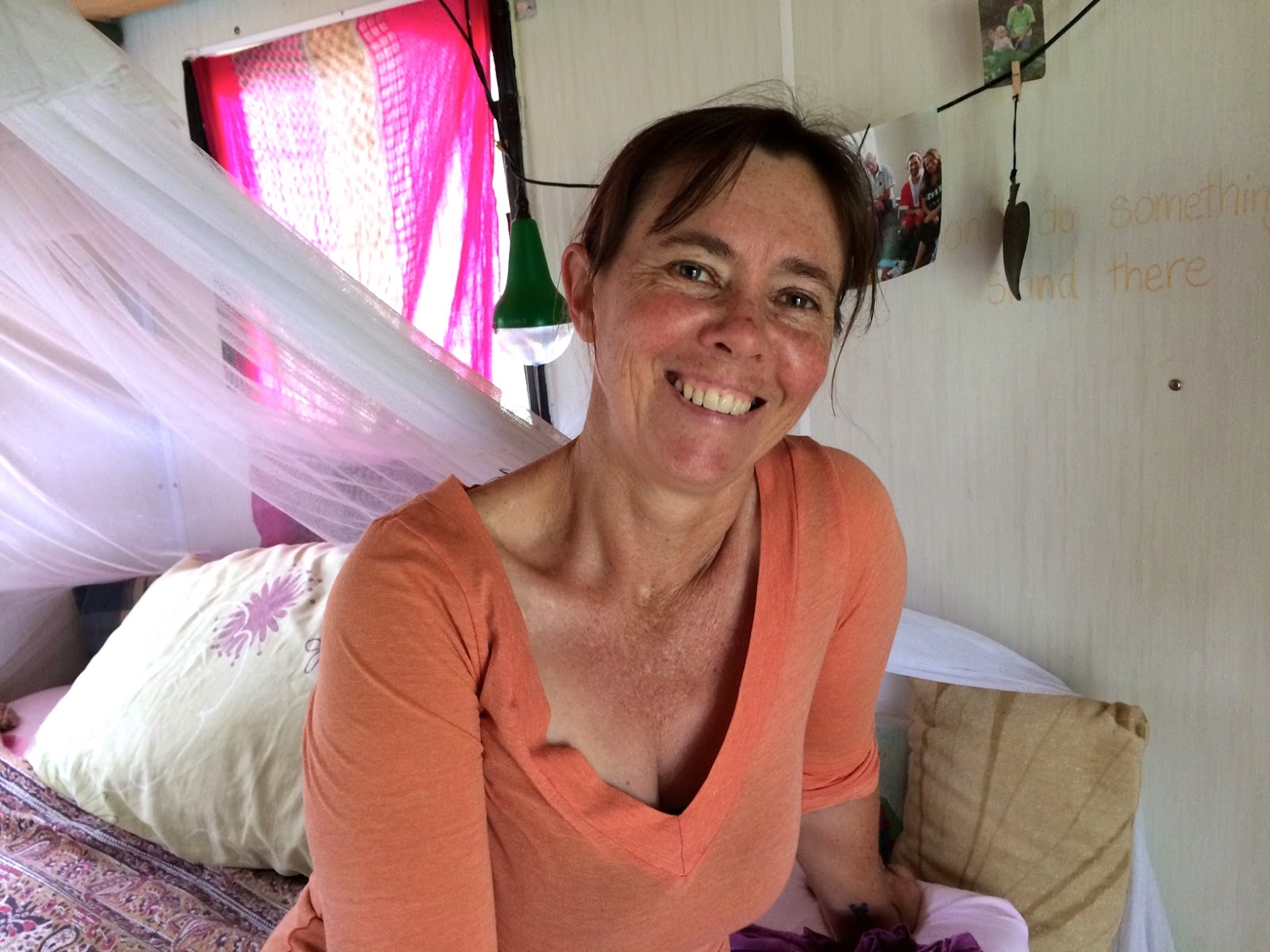 If you're wondering how to do that while social distancing, you could try reaching out to your community via social media or online platforms like Share Waste, Nextdoor or One Good Street.

When Jo began living without money, she suddenly saw the value in what others discarded.

She collected napkins from cafes to use as toilet paper and shards of unwanted soap.

Neither are practical options in the midst of the Coronavirus pandemic, but Jo says that's the type of mindset shift she needed.

She also built a stove out of old bricks and used twigs for fuel, and even built a shack from scrap timber and metal.

Grow your own food

A major key to Jo's lifestyle has been a lot of time in the garden. Jo grows her own fruit and vegetables and keeps chickens for eggs.

She says chickens are ideal pets and providers because they can be fed food scraps, so you don't need to spend any money on their upkeep.

Jo says one of her simplest tips is to embrace your inner nanna.

"We're embracing 'nanna technology' which is the technology our grandparents used — it was frugal and simple living," she says.

"They fixed things, repurposed things, rarely bought new things, and if they did buy things, they were second hand."

It's OK to ask for help

Jo isn't receiving government payments, but she recognizes the need to accept help in times of crises.

She has had trouble with her teeth, and recently had to attend a community dentist for treatment. 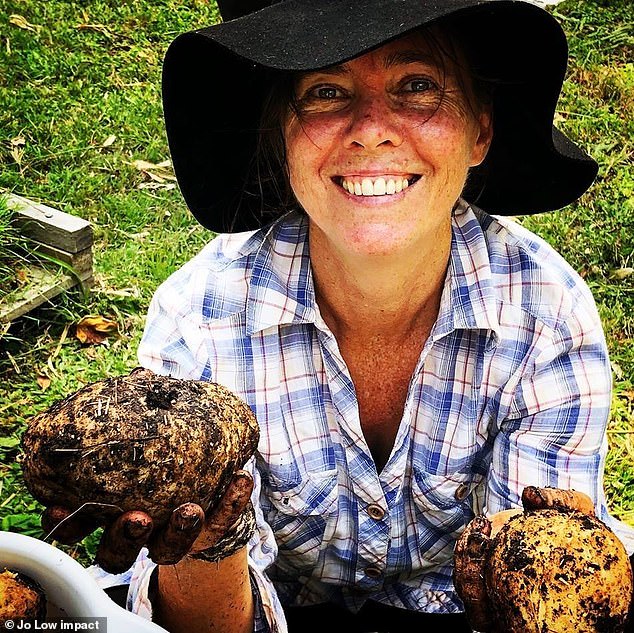 "It made me feel very fortunate to be living in a country like Australia, where people with low income or no income can access community health services," she says.

"..and with my privilege I feel a moral obligation to make sure I'm not making other people's lives more difficult and that I'm helping not only people that I live with, but the planet and people around the world, by living more simply."

Ed's Notes: Just in case you were running out of Cash. Some people have lived without using Cash for 5 years or more. (Not including your Cousin who refuses to get a Job) But it's slightly extreme though. Maybe we can trim 30% if not 100% altogether.